MWW Moves to the Cloud

Montague WebWorks moves its servers to a cloud-server environment

After five years of hosting our client websites on a single server (or even a shared server, back in the old days) we've decided it's time to take the next step in the evolution of this local web-design and web-hosting firm -- to move up to the cloud.

The move started Friday morning, March 15th, and continued through St. Patricks Day weekend to Wednesday evening, March 20th -- the first day of spring. Every website and email we host moved from their existing single server to our two new Cloud Servers. 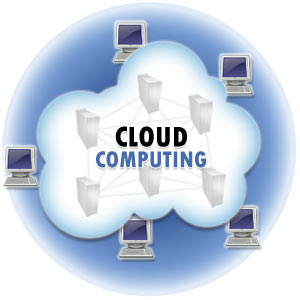 What are Cloud Servers?

Cloud Servers are essentially a bunch of robust computers tied together through networking and software to act as a single larger, faster server, from which one can then take a "slice" of as a virtual single server.

The main benefit of this is that further upgrading to more processing power, memory and storage is literally a mouse-click away, rather than physically opening a computer case and adding resources to that one box.

Montague WebWorks moved from a single server that hosted everything: websites, mail, databases and domain name service, to TWO faster cloud servers, each with multiple processors spread across many machines. One of the cloud servers will now be dedicated to only hosting the websites, and the other server will host the databases and the email server.

Our plan is to further expand, by the end of the year, to a third cloud server so we can split the databases and email server onto two separate machines, thus making our database-enabled websites faster, and email delivery faster still.

Another benefit to moving up to the two cloud servers was that all the software involved in running a website hosting service also got upgraded to the very latest versions, including going from IIS 7 to IIS 8, from ColdFusion 8 to ColdFusion 9, and from SmarterMail 8 to Smartermail 11, which has major improvements for mobile devices.

The bottom line is that everything became faster. Websites load faster, and email sends and arrives faster, and the webmail interface runs much faster and on all your mobile devices.

Montague WebWorks is moving up, and expanding. By the end of April we should have over 150 RocketFusion websites alone, with a goal of 200 by the end of the year.

If you have any questions about the upgrades that took place, send us an email, or come to the next WebWorks University class, on Tuesday, March 26th.