All RocketFusion Websites Have Moved to the New Server

Montague WebWorks is in the middle of the website migration 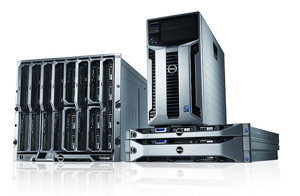 In December we decided to move our primary email server to another hosting facility so we could improve our email hosting services. A couple of weeks later we made the decision to move all our websites over to a brute of a server at the same facility, and planned the migration for over the holidays.

Well, as the best laid plans sometimes do, we were not able to move everything over as quickly as we hoped, due both to technical issues and timing issues -- it was the week between Christmas and New Years, after all. And so much of the technology we were moving to was different from the server we were leaving.

So, we took a few days off and began anew on Monday, January 12th, with a new approach. The results have been good.

Every RocketFusion website has been moved to the new server, and wow are they faster! We are now using Apache and Railo CF instead of IIS and Adobe CF, both of which are faster, and the new server has MUCH more hard drive space and 20x faster drives, so, all in all it's a win-win-win-win for everyone. With all 190+ RocketFusion sites running, the box is barely ticking over 1% CPU usage, which means we could potentially run 2,000 sites on this box without any problems.

Next up we will be moving all our ecommerce websites, static websites, and community websites. The migration should be completed by the end of this week.

Montague WebWorks is poised to expand faster than ever, now that we have a server that is literally Google-Grade. We can add new service offerings, and grow for quite a while without having to move anything. 2015 is indeed poised to be the biggest year yet in MWW history!

I'm glad you're along for the ride.

BTW, Check out our radio ads on Bear Coutry and WHAI featuring other customers like yourself giving us some great testimonials.